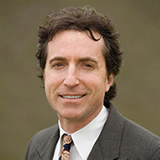 The Law Office of Daniel H. Rose is a San Francisco Bay Area personal injury law firm with over 25 years experience representing accident victims and their families. Our practice is focused on bicycle, motorcycle, auto and pedestrian accident cases. Our vast litigation experience, vigorous advocacy and dedication to our clients have earned us top praise from our clients and an excellent reputation in our field.

If the police Traffic Collision Report says I am at fault for the accident, can I still win my case?

Usually the police report concerning a traffic accident will attribute fault to one party or another. Even in cases in which more than one party shares fault, the police often will fault just one party. Sometimes the attribution of fault is rather arbitrary or may not be based on a complete or correct understanding of the facts and evidence, and may be the product of a misunderstanding of the rules of the road or an ignorance of the principles of accident reconstruction. The admissibility in court of the police officer’s opinion is a much litigated issue, and depends to a large degree on the officer’s expertise in accident reconstruction, biomechanics and/or human factors. And the opinion is generally considered to be only as good as the accuracy, truth and completeness of the facts upon which it is based. While an unfavorable police opinion can be detrimental to settlement efforts, especially at an early stage, it is not necessarily determinative of the outcome of the case.

Can I recover money for injuries I sustained in an accident if I was partially at fault?

Accident victims can recover damages for their injuries even if they were partially to blame for causing the accident. California is a comparative fault state, meaning that one may recover damages in proportion to the fault of the party from whom the damages are sought. For example, in a two-vehicle accident, if the driver of the other vehicle was 30% at fault, you would be legally entitled to recover 30% of the value of your damages even though you were 70% at fault.

How much uninsured motorist coverage should I have?

The Law Office of Daniel H. Rose is a proponent of carrying high limits of uninsured motorist coverage. Uninsured motorist (UM) coverage (which includes underinsured motorist coverage) covers you if you are injured due to the negligence of a motorist, whether you be in or on a motor vehicle or bicycle, walking, sitting in a park, whatever. UM insurance covers you even when the identity of the driver is unknown such as in hit and run situations. When we are asked how much UM should one purchase, we usually respond that one should buy as much as one can afford. Like other insurance decisions, this is a personal one that varies from person to person. However, in making your decision you should consider the fact that many people are driving around with either no insurance or the bare minimum ($15,000 per person bodily injury liability limits), medical bills can be astronomical and county hospitals such as San Francisco General Hospital can balance bill you for hundreds of thousands of dollars over and above what your PPO medical insurance pays them (they are legally entitled to do this since they do not contract with any medical insurer for medical services). You should further consider that an accident may render you disabled from working and earning a living, you may require expensive future medical care, and you may endure an enormous amount of physical and mental pain and suffering. While UM insurance is a relatively inexpensive part of your policy, California insurers will not allow you to have UM limits higher than your liability limits. Therefore, in order to have high UM limits you may have to raise your liability limits.

for a free, no-obligation, confidential
initial consultation and case evaluation
by an experienced personal injury lawyer.

Should I provide a recorded statement to the other party’s insurance company following an accident?

Following an accident, it is standard procedure for the other party’s insurance company to try to pressure you into giving them a recorded statement regarding how the accident happened and a description of your injuries and treatment. The Law Office of Daniel H. Rose generally advises against talking with an insurance company at all before consulting a personal injury attorney, and further advises against giving a recorded statement under any circumstances. Whatever you say in such a statement can be used against you in any claims proceeding and introduced as evidence in court. Therefore, you should consult with a personal injury lawyer before deciding whether to give a statement. Giving a statement rarely can benefit you and will almost certainly be detrimental to your case. Even if you decide to handle your claim without hiring an attorney, such as when your injuries are minor, we advise against giving a recorded statement.

If I am injured in an Uber or Lyft related accident, what insurance is available to compensate me for my injuries?

In the event you are injured due to the fault of an Uber, Lyft, Sidecar, or other ride-sharing driver, California law requires ride-share companies to provide liability insurance of at least $1 million per accident, as long as the accident occurred between the time the ride-share driver accepted a ride through the app and when the driver completed the transaction or the passenger left the vehicle, whichever is later. Although not required by law, Uber and Lyft also provide their ride-share passengers with $1 million in uninsured/underinsured motorist insurance which provides coverage for a passenger’s injuries when the accident is not the fault of the Uber or Lyft driver and the at-fault driver is either uninsured or has inadequate liability insurance. Lesser amounts of liability insurance coverage are provided when the incident occurs outside of the time frame referenced above.

Should I comply with the other party’s request to resolve my accident claim with them personally and not report it to their insurance?

Sometimes an at-fault party does not want an accident reported to their insurance company for fear of what that will do to their insurance rates. Trying to resolve the matter directly with a private party is almost always a bad idea since the private party will almost never be willing to pay you as much as you could recover from the insurance company, dealing with a private party can be messy and uncomfortable and expose you to a heightened degree of interpersonal negativity, and you may be tricked into doing something that is not in your best interests. In short, do not waste your time and energy.

for a free, no-obligation, confidential
initial consultation and case evaluation
by an experienced personal injury lawyer.

If I am in a car accident that is the fault of the other party, and I have collision coverage under my own auto policy, which insurance company should I have fix my car or compensate me for the damage to my car? And what about my deductible?

If I do not have car insurance and I get into a car accident that is the fault of the other party, can I still recover damages for my injuries?

If you are injured in an accident while you are driving a motor vehicle, and you are not covered by any auto liability insurance, you may still bring a claim against an at-fault third party (or make a claim against their insurance) for damages for your bodily injuries and property damage. However, uninsured drivers are prohibited by California Civil Code Section 3333.4 from recovering “non-economic losses to compensate for pain, suffering, inconvenience, physical impairment, disfigurement, and other nonpecuniary damages” except where the at-fault third party was operating his or her vehicle in violation of Vehicle Code Section 23152 or 23153 (intoxicated or drug-addicted driving) and was convicted of that offense. These provisions were among those added to the law pursuant to the overwhelming passing of Proposition 213 by California voters in 1996. However, if you are injured while riding as a passenger in a vehicle that is uninsured or driven by an uninsured driver, you may recover both economic and non-economic damages. The above mentioned limitations on recovery of damages are just some of the many important reasons why you should not drive without insurance.

Call For a Free Consultation